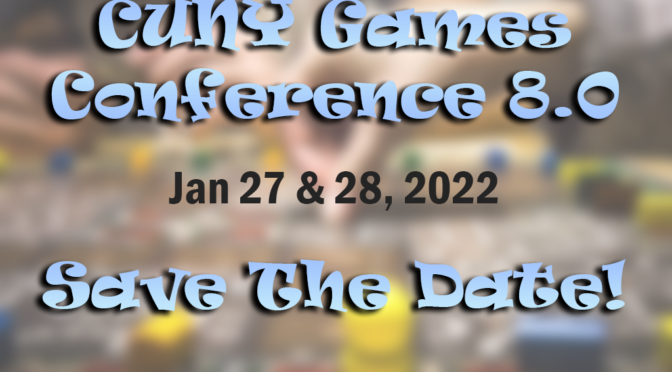 The CUNY Games Network of the City University of New York is excited to announce The CUNY Games Conference 8.0, to be held fully online January 27 & 28th, 2022.

The conference will consist of idea exchange sessions held in breakout rooms and a handful of organizer-led workshops. The sessions will discuss interactive learning techniques, playful learning, design challenges, with a likely focus on how to adapt our best in-person activities for the online classroom. Therefore, no attendees will need to prepare a presentation—just be ready to listen and contribute your unique knowledge! On Day 2 we will likely reserve to play together online tabletop and digital games and debrief their learning potential.

The CUNY Games Network promotes game-based pedagogies in higher education, focusing particularly on non-digital learning activities faculty can use in the classroom every day. We aim to bring together all stakeholders: faculty, researchers, graduate and undergraduate students, and game designers. Both CUNY and non-CUNY participation is welcome—and completely free of charge.

Stay tuned for our schedule and more information. 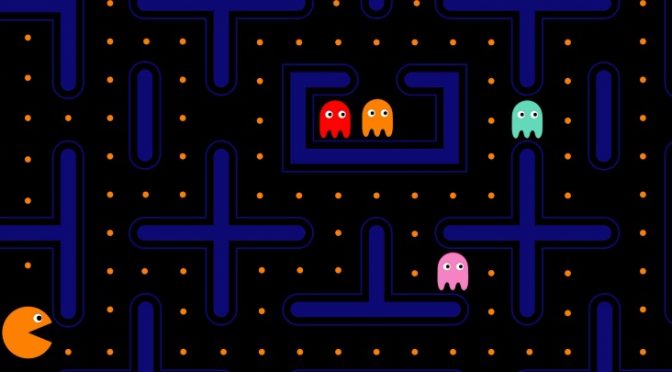 The following was published on Ed Surge News. Follow the link at the bottom of this reprint to find the original publication.

When four professors from the Borough of Manhattan Community College (BMCC) started collaborating on game-based learning (GBL) in developmental math and writing instruction in the mid-2000s, they had no idea what they were setting in motion. Today, more than 160 GBL researchers and practitioners contribute to the dynamic CUNY Games Network (CGN), housed within the City University of New York (CUNY), with its more than 540,000 students on 24 campuses.

The network links educators across disciplines who are interested in using games and other forms of interactive teaching to improve student success. And participants are showing that gameplay is serious business: data from BMCC classes suggests that when students have fun learning they appear to have more meaningful learning experiences.

Can a Classic Board Game Teach Writing Skills?

BMCC associate professors of English Joe Bisz and Carlos Fernandez stimulated the formation of CGN when they were awarded a 2007/08 CUNY faculty development grant to study how using the board game “Diplomacy” in sections of their remedial writing courses could possibly combat a lack of student motivation and critical thinking skills. They found the classic game of strategy and world domination particularly useful in teaching problem solving, and used it to help explain logical paragraph construction.

Around the same time, Kathleen Offenholley, associate professor of mathematics, and Francesco Crocco, formerly a BMCC associate professor of English and now associate director of Excelsior College’s Online Writing Lab (OWL), began collaborating with Bisz and Fernandez on their varied and similar research efforts in the field of GBL, and, in 2008/09, their combined efforts helped to launch CGN.

Active professionals within this network have put on numerous GBL workshops for interested CUNY faculty members and have developed both board and paper (e.g. card) games, as well as digital game-based learning (DGBL) teaching and learning environments, including a DGBL learning management system designed by Bisz and Crocco, called Levelfly. The CGN also has hosted three increasingly well-attended conferences, called the CUNY Games Festival.

Robert O. Duncan, associate professor of behavioral sciences at York College, joined the network early on and has taken on a leading role.

“The network is fantastic,” Duncan says. “I can only describe it as you throw a party and you think no one is going to come, but actually everybody comes.”

The Levelfly game-based learning platform includes a profile page that enables users to view and share information about themselves.

Connecting the Dots Between Enjoyment and Learning

As part of their research in the field, Crocco, Offenholley and Hernandez conducted a study on GBL and co-wrote “A Proof-of-Concept Study of Game-based Learning in Higher Education,” published in the August 2016 issue of the journal Simulation & Gaming. The study covered two BMCC semesters, from fall 2011 to spring 2012, and involved nine faculty members, 18 sections and 440 students enrolled in remedial, general education and major-specific game and non-game classes in English, math and science. The key finding:

Enjoyment correlated with improvements in deep learning in both the game and non-game classes. Games increased reported enjoyment levels, especially in subjects where students reported the greatest anxiety about learning, and this increase in enjoyment correlated positively with improvements in deep learning and higher-order thinking. These results may have particular impact on non-traditional students… While further investigation is necessary to assess the specific affordances and long-term effects of GBL in higher education, this study offers preliminary support for the claim that GBL can improve deep learning in this setting, by increasing enjoyment.

“I think for community colleges, there is a big appeal for games and learning because it helps to improve engagement, which is a problem at the community college level because of the amount of remediation that goes on there,” Crocco says.

The research from that study helped to land Offenholley, Crocco and another CGN member, BMCC professor of Computing Science Ching-Song Wei, a $875,794 National Science Foundation Advanced Technological Education award in March 2015 through April 2018 called “A Simulation-Based Curriculum to Accelerate Math Remediation and Improve Degree Completion for STEM Majors.” The grant is expected to create three to five math games, the first of which is currently being piloted at BMCC with 20 Geographic Information Systems (GIS) majors enrolled in a required intermediate math class.

Project Sampson is one of several games under development by CGN members and sponsored by an NSF ATE grant. Players work on saving the world from disasters by manipulating linear equations.

“We targeted math skills for STEM majors who want to go into GIS because we found that there was a need to help them remediate,” Crocco says. “A lot of our STEM majors are unable to pass this required course, so we thought that we could intervene, accelerate them and get them into the GIS program.”

“It’s amazing what happens when you play games with students, especially if they are scared of math,” Offenholley adds. “All of a sudden their brains get freed up to actually be able to think where they could not think before because they were stuck in old ways of looking at math.”

As noted in a BMCC press release announcing the award, “the project aims to impact STEM education across the country by providing free, open-source gaming materials to secondary and post-secondary institutions through downloadable curricula, game software, video tutorials, and professional development materials for faculty and staff.”

Finally, Bisz offers advice related to GBL adoption by faculty who are thinking about adding GBL to their courses but are hesitant to adopt it because of the time it takes to fully learn what’s needed to use it effectively in their courses.

“If you are going to give faculty a new tool, then give them some kind of very accessible way to test it out without having to become a master of it,” he says. “One of the greatest things we love about teaching other than the students is the creativity behind generating new curricula, but we often get so overwhelmed that we do not have the time to really sit down and create new curricula.” 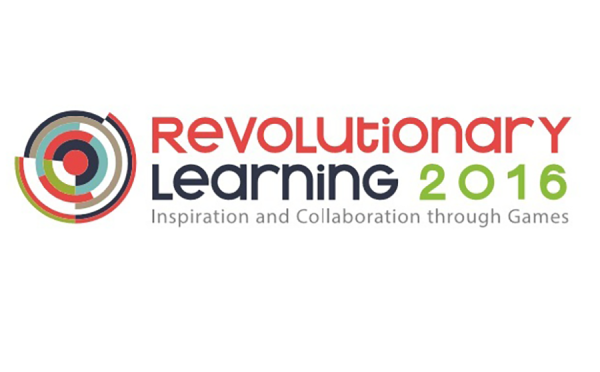 The CUNY Games Network will be presenting several workshops at Revolutionary Learning in August 2016.

CUNY/SUNY faculty and staff receive a 60% registration discount! Simply go to www.revolutionarylearning.org to register and enter CUNY or SUNY in the registration code field.

Revolutionary Learning 2016 will feature hands-on workshops, educational keynotes, a Local Game Jam, a Revolutionary Game Arcade, and ample networking activities designed to connect attendees with professionals who will inspire. Colleagues and thought leaders from the cutting edge of learning will be in attendance – it’s the one place to truly learn from each other.

What will you Learn?  Join us as we showcase, demonstrate, discuss, and assess game-based learning as an innovative strategy capable of transforming learning.  A sample of sessions include:

For more information, and to register: